2019-20 Select Basketball is back again as the bronze medal winner in the trio of Panini manufactured chrome-based basketball products. It’s a hobby only release, which means it’s more limited than its Prizm and Optic brethren. The set format is familiar, 3 tiers within the set, each tier comprised of 100 cards. For base cards, the Concourse level cards are the most plentiful, followed by Premier level and finally Courtside level. Of course, there are also plenty of parallel cards to be had. For Concourse and Premier level there are 13 different parallels each Courtside, in contrast, has what by today’s standards is a smattering of parallels at only 7.

Well, well, well, what do we have here? Is that a socially distanced card geek with some time to fill? Hang on a second. Part of that sentence felt redundant. Anyway, here’s wishing all of you good health and wellbeing during these strangest of circumstances.  Not exactly an unpredictable one, as it was just the timing of a global pandemic that was difficult to predict, but still one unlike most of us have ever experienced. Perhaps for the first time ever, the NBA season is at risk of not crowning a champ. That means no NBA league pass to soothe the weary soul. Given that, to help bring just a few additional moments of distraction to your life, and mine as well, I decided to pull together a print run analysis on 2019-20 Panini Select Basketball.

But first, some background on why collecting cards could be one of the healthiest things you could do right now. I know, it sounds ridiculous.  Bear with me here.

Let’s think about life as a human some 200,000 years ago.  There’s a good chance that you would have been living in Ethiopia. Life was a different kind of tough back then. Instead of worrying about your brand on Instagram every day you may have been worried about predators coming to eat you. Cheetahs are frickin’ fast. And strong.  And they have some extremely sharp pointy teeth. Great for nasty puncture wounds.

Back to you for a second. To have evolved to be such an advanced creature, your ancestors, and subsequently yourself, must be proficient in avoiding life limiting events like getting mauled by a cheetah. Not a trivial task. Just to belabor the point, you are most definitely not faster than a cheetah. See, human, you feel special because you have this unique spine that lets you stand upright. This upright posture that allows you to run on only two legs helps you run efficiently for long distances. Definitely useful for hunting, because you can exhaust your prey and then enjoy it later as a tasty snack. It turns out cheetahs also have a pretty special spine.  Theirs just so happens to allow them to run faster than most everyone else. Also very useful for hunting. I imagine many of our ancestors made for some gourmet cheetah treats.

Since you’re getting caught in 100% of the races you may have with a cheetah without a good head start, you require a mechanism for you to detect a cheetah early enough for you to respond. Early detection is key. Responding early is also key. It’s a way of survival for us and many animals. Being unresponsive or having a slow response costs lives. A timely lesson for sure.

We’re in luck! Our bodies have adapted to respond to threats with jolts of the hormones adrenaline and cortisol. These hormones get us ready to act. And fast! That’s how our ancestor managed to run away and hide from that cheetah for all those years. Threats don’t necessarily have to come in the form of a cheetah though. Troubling events and horrific news trigger those same responses that get our bodies ready for fight or flight. Much like with those cheetahs.  What?  There’s more than one now?  WTF?

COVID-19 news is non-stop, sometimes infuriating, and often heartbreaking. There are strangers and loved ones getting sick. The plummeting economy is weighing on us as well. Our day to day lives have changed rapidly in the last few weeks. So much feels very uncertain. What will our new normal look like? The constant background level of threats and the increased spike of more alarming threats pushes our adrenaline and cortisol hormones ever higher. You might feel your breathing speed up just reading the last few sentences. But, unlike the cheetah coming after you, these threats aren’t passing quickly. Our response hormones are staying at high levels for longer periods of time. That’s what has always worked in the past to keep us from a dirt nap. This response isn’t helping you evade a big kitty this time. What these hormones are doing is increasing the risk of heart disease, anxiety, depression, memory impairment, and even digestion problems. Had any extra difficulty getting to sleep or staying asleep lately?  It’s been shown that these hormones could be messing with you.

So, what to do? One thing to do is to place yourself on a news ‘diet.’ Limit yourself to 30 minutes of news a day from just a handful of trusted sources. Also, make your last check of the news 2 hours or more before going to bed. Let these hormone levels drop before trying to sleep and recover. You may also consider some mindfulness sessions, if that’s something that might be appealing to you.

Ok, now that you’re rested and feeling more calm and you have reduced the time you spend catching up on breaking news, what else are you going to do? That’s right, collect some cards! Connect with other collectors on a forum. Or maybe sort through some base cards and try putting together a complete set. That’s my favorite. Oddly soothing and fulfilling somehow. Dig out a dusty old Beckett or Tuff Stuff and reminisce about yesterday. Seek out one of your favorite cards you had as a kid but didn’t keep and go pick one up. Don’t fret over condition, just enjoy it for what it is. All relaxing and healthy and more necessary than ever right now.

Or, if you’re so inclined, pick up some Select basketball. Yep, it’s back again this year as the bronze medal winner in the trio of Panini manufactured chrome-based basketball products. It’s a hobby only release, which means it’s more limited than its Prizm and Optic brethren. The set format is familiar, 3 tiers within the set, each tier comprised of 100 cards.  For base cards, the Concourse level cards are the most plentiful, followed by Premier level and finally Courtside level. Of course, there are also plenty of parallel cards to be had.  For Concourse and Premier level there are 13 different parallels each Courtside, in contrast, has what by today’s standards is a smattering of parallels at only 7.

I’ve given my thoughts before about Select. Not much has changed since last year, at least with regards to format. However, there have been some significant changes to the product that may have gone unnoticed.

2)      Silver Prizm parallels of the insert cards, like the attractive Phenomenon set, are not serial numbered this year.

4)      The Zebras are multiplying like rabbits. Ok, that’s an exaggeration. But, they do appear to be at least a bit more plentiful this year.

6)      There is a new insert set called Artistic Selections. They’re attractive looking cards. There are only 9 players in the entire set. Unless you open a relatively large amount of this product, you may never see one. However, they may not be as limited as they appear. Short checklists can sometimes throw off our sense of rarity.

7)      Not all Select basketball cards are packed out in Select boxes. Hmmm. That’s kind of weird. Well, Panini released a new product this year called Panini Select Hybrid. These packs contain some base and Silver Prizm versions of the base Select cards. There isn’t a ton of additional cards out there, but it does bump up the print run on some of these cards a bit.

Ok, on to the data. As usual, I’ve referenced videos of case breaks to gather data on this release in order to predict print runs for the unnumbered cards. You can look through the break data in my spreadsheet. Also, here’s the summary for 2019-20 Select Basketball:

The break data shows that the print run of Silver Prizm parallels of the inserts appear to still be around 100 copies each. That’s the same as for 2018-19. The Artistic Selections cards, mentioned earlier, also come in at a print run of around 100 copies. I feel that early speculation was that these were more rare than that. The last Zion from the set sold for $663. Compare that to the last ungraded Zion Williamson Silver Phenomenon which sold for $280. I know which one I would prefer for the value.

The number of cases produced appears to be up just slightly. In the break data I noticed that there were slightly fewer serial numbered base card parallels per case. 4.18 on average for 2018-19. 3.58 on average for 2019-20. So, there appears to be some erosion of value this year in that regard. The print run on Concourse Silver appears to have increased by almost 66%. Given that it’s the most common Prizm level in the set, that seems significant. Meanwhile, ungraded copies of the Zion Williamson Concourse Silver Prizm are selling for around $300 each as of this writing. The Select Concourse Silver Luka Doncic from last year can also be had for around $300. Regardless, both are priced 2x – 3x lower than their Silver Prizm counterparts. I’m not saying either is priced rightly or wrongly, just some food for thought when looking at which cards you might want to add to your collection during your quarantine blues.

Till next time – Jeff 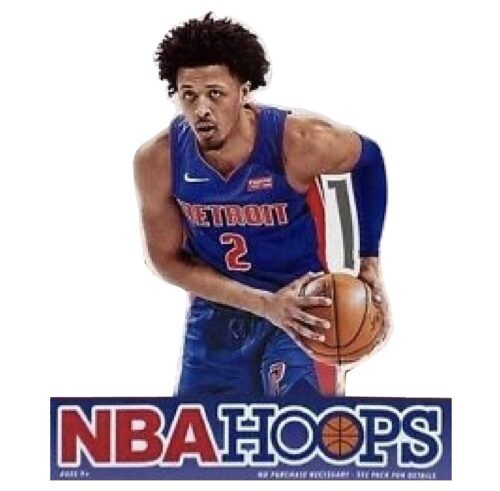 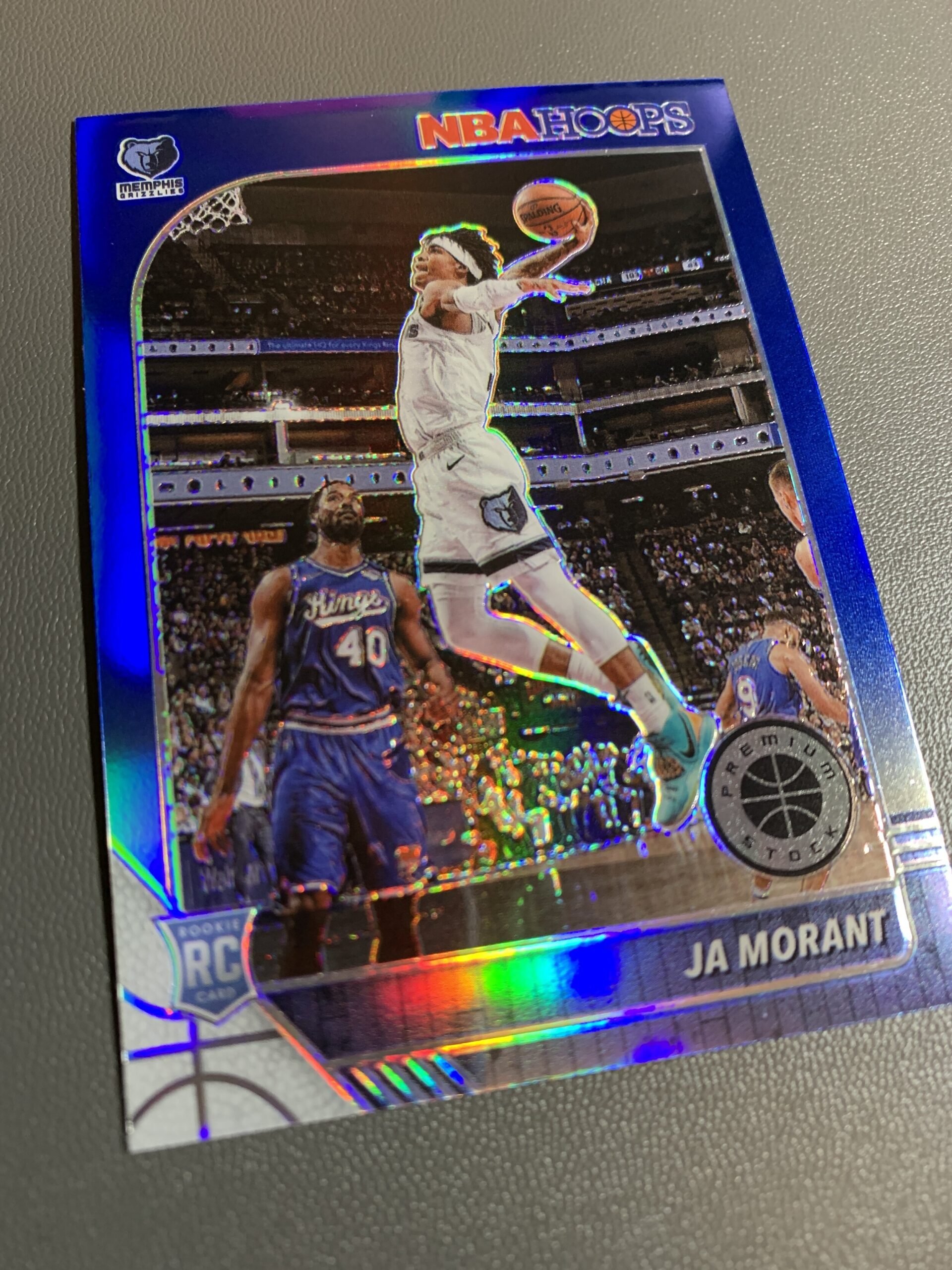